On a Wavy Level: DJ Cuppy is Keeping Her Short Hair Pretty with a Pink Durag

It appears Florence Otedola aka DJ Cuppy seems to be settling in quite well into the ‘short hair, don’t care’ club and her latest post is proof.

The daughter of billionaire Femi Otedola recently took to her Twitter page to reveal that she finally got herself a durag(s).

She had earlier taken to Twitter to share a video of herself trying on a black durag, asking her fans in the caption what they thought of the look on her. 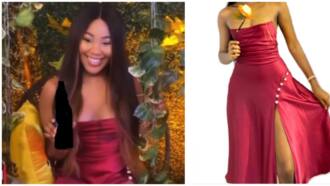 Sharing the video, she captioned:

Do you have a groundbreaking story you would like us to publish? Please reach us through info@corp.legit.ng!

“Decided to join the #DURAG gang since I now have short hair. WAVVY or NAHH?”

The next day, the Jollof On The Jet crooner shared a selfie of herself sporting a pink one and questioned why anyone would think she wouldn’t own one in pink – a colour she has made part of her identity.

“Wait, you guys really thought I didn’t have a pink #DURAG ? Cmonnnnnn…” she wrote.

A durag is a close-fitting cloth cap tied around the top of the head and some of its functions are similar to bonnets.

Durags may be worn to accelerate the development of long curly/kinky hair, waves or locks in the hair, to maintain natural oils in hair, to stop hair breakage or to keep hair, wave patterns and braids from shifting while sleeping. 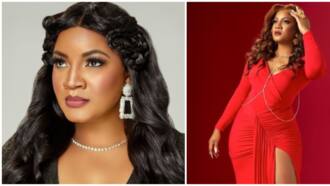 Durags are also worn as an identity-making fashion choice, popular in African-American culture.

With Valentine’s Day only a few days away, Nigerian celebrities are serving some major style inspirations for the fashion-conscious babe.

The flirty number designed by Nigerian brand, Pierce Clothing appears to be the perfect choice for Valentine’s Day – that is, if the name is anything to go by.

Without solidarity, Angela Davis would not be alive with us today, still resisting the forces of capitalism, patriarchy, and U.S. empire. In an interview discussing solidarity and her work, the famed activist and scholar explained how her release from possible death row in the 1960s heavily depended on the combined agigation of people across the...

Today in History Today is Friday, Feb. 11, the 42nd day of 2022. There are 323 days left in the year. Today’s Highlight in History: On Feb. 11, 2013, with a few words in Latin, Pope Benedict XVI did what no pope had done in more than half a millennium: announced his resignation. The bombshell...

Farouk I of Egypt full title was "His Majesty Farouk I, by the grace of God, King of Egypt and the Sudan". He was overthrown in the Egyptian Revolution of 1952, and forced to abdicate in favour of his infant son, Ahmed Fuad, who succeeded him as Fuad II. Farouk died in exile in Italy in 1965.

On Feb. 11, 2013, with a few words in Latin, Pope Benedict XVI did what no pope had done in more than half a millennium: announced his resignation. The bombshell came during a routine morning meeting of Vatican cardinals. (The 85-year-old pontiff was succeeded by Pope Francis.)

Read More
Stay up to date
Register now to get updates on promotions and coupons.

No products in the cart.